7 Ways that Anxiety & Depression Impact the Brain and the Body

7 Ways that Anxiety & Depression Impact the Brain and the Body

Many individuals become stuck in a particular pattern of thoughts and feelings, even if they know that pattern makes them unhappy. Even though they may want change and strive for something better, they keep getting snapped back into old routines and patterns because they are familiar and seem safe. This cycle often leaves people feeling defeated, dissatisfied, frustrated or thinking that something is inherently wrong with them. But, nothing is wrong with them. Their brain is simply following the programming that it has been following since childhood.

When someone is dealing with anxiety and depression it impacts more than just their brain – it can impact many different parts of their bodies and cause a variety of symptoms including:

But, it is possible to minimize and treat many of these symptoms – and it doesn’t need to include medication.

Where it all starts – the Central Nervous System

The effects on an individual’s Central Nervous System (CNS) is often characterized by worry and nervousness, and is caused by constant stress. The CNS is in charge of your survival mode or “fight or flight” response in your brain by releasing the stress hormones cortisol and adrenaline. These hormones rev up your heartbeat and send blood rushing to the areas that need it most in an emergency – such as your muscles and heart.  When the perceived fear is gone, the brain should tell all systems to go back to normal.

Impacts to the respiratory and cardiovascular systems

The Respiratory and Cardiovascular Systems are affected when the stress hormones are activated, causing the individual to breathe faster in an effort to quickly distribute oxygen-rich blood to your body. This results in their heart pumping faster and their body diverting more oxygen to their muscles, thus raising their blood pressure.

If they already have a breathing problem like asthma or emphysema, stress can make it even harder to breathe. Frequent or chronic stress will make their heart work too hard for too long, raising their blood pressure and thus their risk of having a stroke or heart attack.

Impacts to the digestive system

When a body is under stress, the liver produces extra blood sugar (glucose) to give a boost of energy.  If the individual is under chronic stress, their body may not be able to keep up with this extra glucose surge and can increase that individuals risk of developing type 2 diabetes.

The rush of hormones, rapid breathing, and increased heart rate can also upset their digestive system causing heartburn or acid reflux due to an increase in stomach acid. It can also contribute to an increase of a bacterium called H. pylori which causes stomach ulcers.  Stress also affects the way food moves through the body that can lead to diarrhea, constipation, nausea, vomiting, or stomach-aches.

Impacts to the muscular system

The Muscular System is affected by causing one’s muscles to tense up to protect themselves from injury in a stress response. But when under constant stress, the muscles may not know to release and relax. Tight muscles cause headaches, back and shoulder pain, and body aches. Over time, this can set off an unhealthy cycle as people sometimes stop exercising and turn to pain medication for relief.

Impacts to sexuality and reproductive systems

Constant stress often causes an individual to lose their desire for sex.  In men, if the stress continues for a long time, a man’s testosterone levels can begin to drop, and this can interfere with sperm production and cause erectile dysfunction or impotence. Chronic stress may also increase the risk of infection for male reproductive organs like the prostate and testes.  In women, stress can affect the menstrual cycle, leading to irregular, heavier, or more painful periods. Chronic stress can also magnify the physical symptoms of PMS and menopause.

Impacts to the immune system

Chronic stress hormones weaken the immune system, thus reducing your body’s response and immunity to foreign invaders. This increases the time it takes for you to recover from illness or injury, and can also leave you susceptible to other things roaming around within your body like cancer cells, bacteria, and viruses.

Impacts to the brain

When the body is pumping your blood to your vital organs, there is oxygen restriction to the brain, resulting in brain inflammation that causes the brain to eventually shrink. This can affect various regions of the brain and cause structural and connective changes such as the:  Hippocampus (memory impairment), Thalamus, Amygdala (affecting mood and emotional regulation), Frontal, and Prefrontal cortices (disrupting executive function causing a lack of attention in getting things accomplished). The degree to which this occurs is dependent upon the severity and the length of time of the depression and anxiety.  When shrinkage occurs this negatively affects the functions of these areas and can contribute to many dysfunctions including the inability to show empathy.

Additionally, when the brain does not get enough oxygen, there is a cellular reaction that causes a response that negatively affects the immune cells in the body causing inflammation, brain cell injury and even brain cell death. This can lead to decreased function of an individual’s neurotransmitters which reduce the brain’s ability to change, learn and develop, resulting in memory impairment, confusion, and mood problems.

How to minimize or treat symptoms of anxiety and depression

There are a number of ways to prevent, minimize, and treat symptoms of anxiety and depression without medication. When I work with clients who are experiencing anxiety and depression the first step is always re-programming their unconscious programming with a combination of Neurofeedback and Hypnotherapy which trains their brain to respond, versus react to stress. Then from there, an individual can take steps towards changing any other habits and behaviours that are inhibiting them from living their optimal life. 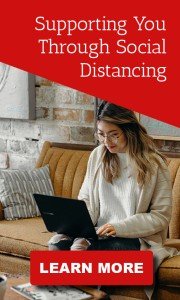 We can help you design the best package for your individual needs. Book your free 15-min consultation today, and we can start working together towards achieving your goals.
Book A Free Consultation
Toggle Sliding Bar Area